The name is partly a reference to the nick name for Diepenheim, namely "Stedeke". Since the 13th century, Diepenheim stayed as one of the smallest city of the east of The Netherlands and therefore received the Dutch word for small city which is "Stedeke". The dances and inhabitants are very proud of their small town and castle.

The group was founded during the 20th Liberation Day Celebration of the 5th of May 1965. The initiative came from the country youngsters organisation, called at the time P.F.G.O Diepenheim. A group of youngsters learned some dances at the farm yard from the family Luttikhedde (Erve Bosman). The dances were thought by Erna Luttikhedde-Wes and Riky Bannink-Blekkenhorst, who were formally member of the Deldense group, the "Midden-Twente". This cooperation between the two groups went well. The younger group caught the folklore virus and started up a club. In the club statutes they wanted to honour old traditions and pass them on in the future.

The dance costumes were donated by the groups parents, grand parents and family members. The costumes were authentic and dated back to 1900. These clothes were worn by the dancers up until 1984. The group decided then to replace the costumes. The “Stedeker Daansers” have become so popular that the clothes began to wear out. In order to protect the authentic clothes they had to be worn a lot less. With combined forces the group managed to raise 5.445,00 guilders for new clothes and celebrated this on the 27th of April 1984 with a new dance program. The clothing line was expanded with a Sunday and a summer costume. These were used up until September every year. The authentic costumes were only worn in the winter and, therefore, became know as the winter costumes.

In 1967 Jan and Stien Olijslag took pity on the “Stedeker Daansers” and made many changes. For example, there were many new dances, they began the Dutch Federation of folklore groups, made contact with many other folklore groups and made the first journey to a foreign country in 1970 when the group visited a folklore group in St. Lorenzen in the Dolomite region of north Italy. At the minute the whole dance program contains around 60 dances. During our first International folklore festival in 1975 the children’s dance group the “Stedeker Krummels” was founded. In the first instance this consisted of children between 6 and 12 years old but nowadays are from 4 till 6 years old. 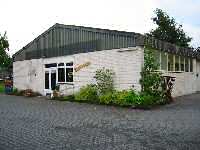 The members part of the farm house was used for practicing up until 1968. That was a problem in the winter because cattle took up part of this area. From 1968 to 2001 the group used an empty chicken pen as a place to practice. The member did this with a lot of pleasure, learned many dances and made many new plans for the future. From 2002 onwards the group used a different location in Diepenheim to practice and store equipment. The phrase, was and still is, that you have to practice folklore dances to be able to perform well. Up until today the group still meets in this location every Monday evening.

Activities which the “Stedeker Daansers” have taken part in are:

* A dance festival with many foreign dance groups which takes place every 5 years. During this festival the dance groups have made good contacts. Furthermore, the dance group have been to festivals in several different European countries. Some of the dances have taken part in America and Japan.
* The organisation have also taken part in a big show where more than 600 traditional costumes were exhibited.
* The 40 year jubilee of the Dutch Federation where the special guest was the Dutch secretary of Foreign affairs, Mr. Piet Dankert.
* The publication of our own book about Diepenheim traditions called "Versmolten Kluntjes".
* The production of a video tape about the dance festivities organised through the year.
* The Dutch sport of Klootschieten.
* A group which ride around old bicycles.
* An exchange with many local and National dance groups. During these exchanges the groups perform dances, due different sports and organise several cultural activities.
* Registration in the Guinness Book of Records 2000.

The club has 55 members, ranging from ages 24 to 75. For just about every age there is still room in the folklore club. Next to the main activities organised by the "Stedeker Daansers"`, there are also many other club activities. The group also maintain the good condition of the club bicycles, the clubhouse and the clothes used for dancing.